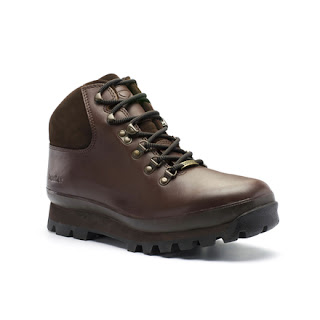 To celebrate the re-launch of brasher’s most famous hiking boot Hillmaster II GTX, in February 2011, the company has launched a nationwide poll to find Britain’s greatest living Hill Master.  This will run from 25 January to 20 February 2011.
The brasher team selected their top five shortlisted candidates following an internal voting process, and can announce these to be:
·         Doug Scott – renowned for notable and first ascents of mountains all over the world
·         Alan Hinkes – first Briton to climb the 14 highest mountains in the world over 8,000m
·         Sir Chris Bonington – legendary British mountaineer who made the first British ascent of the North Face of the Eiger, and has achieved many notable ascents
·         Joe Simpson – mountaineer and author of the incredibly moving ‘Touching the Void’
·         Cameron McNeish – wilderness hiker and mountain walker, Cameron is an authority on outdoor pursuits
Now it’s up to you to cast your vote and help to choose the worthy winner!  Who do you think has achieved the most?  Who should represent Britain’s stunning hills and valleys and the enjoyment they offer to all outdoor enthusiasts?  Cast your vote by visiting www.brasher.co.uk and simply clicking the button next to your favourite shortlisted British Hill Master.
The winner will be announced in mid March 2011 and will be officially crowned  brasher’s ‘Greatest British Hill Master’, with a specially designed trophy to mark the occasion.
Anyone who votes will also have the option to enter a competition to win a pair of the new brasher Hillmaster II GTX worth £140, which offers luxurious comfort, upgraded performance and in a men’s and women’s specific fit.
Posted by John Traynor