AA's campsites of the year 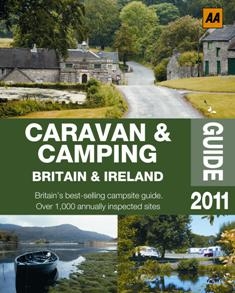 The AA has announced the winners of the Campsite of the Year Awards to coincide with the launch the AA Caravan and Camping Britain and Ireland Guide for 2011 (www.theAA.com/shop).
AA Best Campsite of the Year
England - Silverdale Caravan Park, Silverdale, Lancashire
Scotland – Linnhe Lochside Holidays, Corpach, Highland
Wales –Plassey Leisure Park, Eyton, Wrexham
In addition to the national awards, the AA recognises five Regional winners. The Regional AA Campsite of the Year Award winners for 2011 are:
South West England – Oakdown Holiday Park, Sidmouth, Devon
South East England – Sandy Balls Holiday Centre, Fordingbridge, Hampshire
Heart of England – Townsend Touring Park, Pembridge, Herefordshire
North West England – Skelwith Fold Caravan Park, Ambleside, Cumbria
North East England – Ord House Country Park, Berwick-on-Tweed
Details of the all the award-winning sites can be found in the AA’s new Caravan and Camping Britain and Ireland 2011 guide. The guide features over 900 annually inspected and rated sites giving details of location, AA Pennant rating, contact details, prices, opening times and a description as well as local information. The AA has also launched a new AA Camping Card Scheme for 2011.  With the AA Camping Card, users will qualify for reduced rates at participating sites.  Card holders will simply need to state that they are using an AA Camping Card when they phone to book a site and show the card on arrival.  The types of discounts vary from site to site, details of which will be given when contacting the site. An AA Camping Card is included in every AA Caravan and Camping Britain and Ireland Guide 2011.
Posted by John Traynor