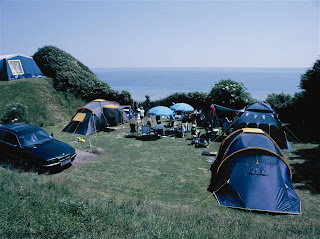 Evidence collated by The Camping and Caravanning Club has revealed that camping really does make you richer in mind, body and soul. Over 60 research studies reviewed by leading academics at Liverpool John Moores University and an online survey proved conclusively that those people who camp are happier, have closer family relationships, are healthier, less stressed and are more socially connected. ‘Real Richness – The List’ includes statistics and stories of those who camp and how camping has in many ways transformed their lives. Some of the key findings include -
‘Real Richness – The List’ is available to download at www.realrichness.co.uk
Posted by John Traynor